We have but two weeks left in this excruciating political drama. Since our last check-in about five weeks ago, the principal combatants have braved three debates and various unsavory revelations, taped, “WikiLeaked,” or otherwise. The term “October Surprise” has had special meaning in this election cycle, with likely more to come.

But we do see some new patterns with regard to the candidates’ email strategies. Here’s a quick review of the past thirty days:

For months, we have reported how underdeveloped Trump’s program has been. These past thirty days show strong activity uptrends, though still considerably lower than Hillary’s volumes. The Trump campaign now directly mails from four domains, whose combined panel reach we estimate at about 10 million — much larger than we’ve previously seen. Inbox performance (70%) is still well below both Hillary’s and what we consider acceptably strong (90%), but it has improved: the lower end of the range is now up by 32% from two months ago. Nevertheless, of the four Trump domains, only one currently has an inbox rate exceeding 90%; the others range from 55-67%. On average, read rates for these domains somewhat exceed Hillary’s, but in fact range from 14-28%.

The Trump campaign also continues to mail significant volumes out of two “borrowed” domains: gopteam.com and ChrisChristie.com. And these domains continue to show abysmal inbox performance, and — at least for the larger of the two — below-average read rates. Among the best Trump performers during this period was a campaign that deployed on October 10th, following the second debate, to an audience of 2.4M, with a subject line, “America Won Last Night.” It produced an inbox rate of 61%, and a 28% read rate.

Hillary continues to out-mail Donald, but by a much narrower margin than previously seen. In our last report, that margin was almost 10:1; now it’s only 2:1. Inbox performance is 17 percentage points (24%) better than that of the Trump campaign. Read rates are 4 percentage points (21%) lower than Trump’s. Among the best performing Clinton emails during this period was a campaign deploying on October 8th (just after the revelation of Trump’s taped groping remarks), to 2.5M people, with a subject line, “Sorry to send this.” It produced an inbox rate of 90%, and a read rate of 24%.

The table below provides activity and performance detail for each campaign’s thirty days ending October 23rd. 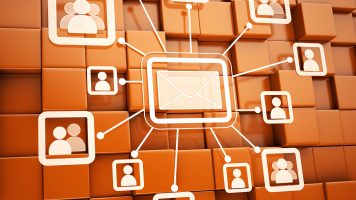