Like Christmas, Easter’s religious significance is often overshadowed by more trivial diversions.  It’s our psychological gateway to Spring (never mind that it’s been snowing over half the U.S.); and a time for family gatherings, gift giving, restaurant outings and vacation travel.  And like most holidays, it’s yet another opportunity for retailers to be in front of their customers, usually with attractive discounts.  We’ve seen Easter email covering all of that.

The table below details our look at this year’s Easter-themed emails, and shows activity and performance for total Easter email, and for sixteen key industry sectors representing Easter activity.  Highlights: 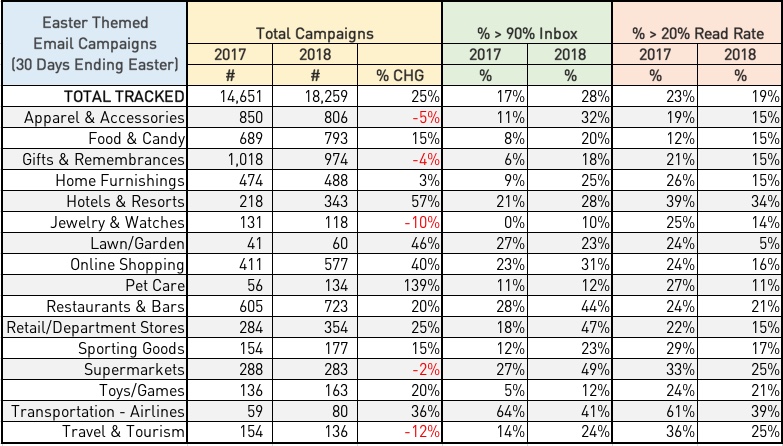 The table below shows fifteen examples of best performing emails for Easter 2018, ranked by read rate.